NEW DATES TO COME
In 42 years of doing conventions, this has NEVER happened once. Unreal.
Due to the Coronavirus and the public ban on gatherings of more than 250 people,
StarFest will be rescheduled for a later date. All tickets purchased for StarFest will be transferred to the new date.
We are grateful for your continued support of StarFest and look forward to seeing you soon!!! Stay safe, don’t touch your face and wash your hands! Oh, and share toilet paper if you have any…”
Thank you for helping us spread the word. We will keep you posted.
KathE Walker, StarFest Denver Coordinator
https://www.facebook.com/Starfest.Convention/posts/2909879229074110

HEAVY METAL Magazine and
the World of Comic Books

ComicFest 2020 will feature talent that has graced the pages of HEAVY METAL magazine.

Let’s take a look back at the amazing talent that METAL HURLANT (the original French publication) brought to the world of comic books. When National Lampoons fired up their first issue of HEAVY METAL Magazine back in 1977, they didn’t know what tidal wave of talent they would be showcasing

to American fans. Not only did American comic book fans see the legendary talents of Jean Giraud aka MOEBIUS, but we also got to see the artistic and

Please take a moment to check out the links below. These writers have some fantastic details about Metal Hurlant (Heavy Metal) and its history.

As a bonus, one lucky attendee will win a year subscription to Heavy Metal magazine.

FREE COMIC BOOK DAY is brought to you by:
ComicFest, Time Warp Comics and Lair of Wonders Productions!
Also many thanks to Bret Smith of the Colorado Festival of Horror and
Daniel ‘Smurf’ Sharner of 5280 Geek for running this special day event.

You must have a paid admission to StarFest on Saturday.

The entire collection can be viewed on the Free Comic Book Day (FCBD) website.
Not all books are available at some location, including ComicFest. 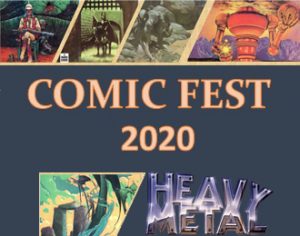 It’s About Fun! ComicFest is Denver’s annual celebration of local,  national and international comics, cartooning and art industry! ComicFest is the longest running Rocky Mountain Region Comics convention. It has always been our goal to increase the public’s awareness of the comic book medium and showcase talented local talent and publishers to the general public. What we have been surprised to learn is just how many creators there are that live right here in the region. We promise to continue to work at creating a unique convention experience that allows talented comics professionals to network with each other and meet their fans.

It’s Educational!  ComicFest features lots of hands on comic book panels and demonstrations. If you are looking to break into Comics this is a great weekend to learn from the pro’s.

It’s About Collecting!  Don’t worry if drawing stick figures is the extent of your artistic talent, because ComicFest will provide an outlet for what you enjoy about Comics as well. If you are looking for that special back issue or paper-back you’ll have the chance to search it out at one of our dealer tables. There will also be collection supplies available as well so don’t miss out on any of these items from all of our fine retailers. 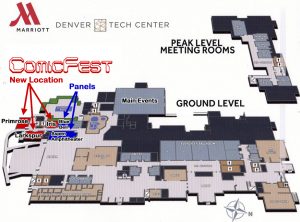 It’s About Art! Come get custom sketches of your favorite Comic book characters from the area’s most talented comic book artists. The artists have a wide variety of styles and as a whole have worked for virtually every major publisher so you’re sure to find someone that can create that image that you’ve been waiting to display. Schedules will vary so you’ll have to check with the artists throughout the weekend so you won’t miss out on any of the talented people that will be coming by. We have even more artists to check out in 2016, so take your time and spend some time meeting them.

It’s About The Future!  There are other exciting features that make ComicFest the convention that fans from the Rocky Mountain Region will enjoy for years to come!

Join in on great discussions & demos

VILLAINS ART DRAW WITH AUDIENCE SUGGESTIONS PANEL was so much fun last year that we will do something similar this year. 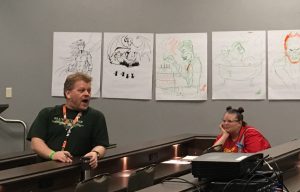 Moderator: Daniel Sharner, who continuously grilled the Artists for funny stories, how they got started and a number of other topics that had the audience giggling at times.

The art was auctioned off for the USS Pioneer charities (Dumb Friends League, American Diabetes Foundation, Search & Rescue). For a few bucks you can own a piece of original art. 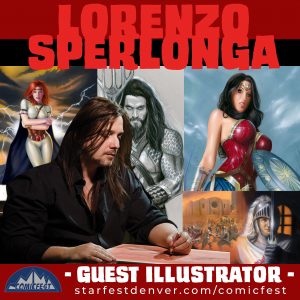 Lorenzo Sperlonga was born in Rome in 1969.  At the age of 16, he began his career as an illustrator and a graphic designer for advertising agencies and small publishers. In those first few years, he soon realized that painting was his true calling, and little by little he focused his artistic interests entirely towards sci-fi, fantasy and erotica.

As his covers started to appear in Australia, South America and Eastern Europe, the American market opened its doors to Lorenzo in 1998. Lorenzo moved to Los Angeles, where he began his collaboration with Larry Flynt Publications, as well as many other publishers such as Avalanche, Aeg, Sizzle, Fort Ross. However, in Lorenzo’s words, the “real big one” happened in 2000 when he became a cover artist for historical fantasy comics magazine Heavy Metal.

As an internationally acclaimed pin up artist he moves from glamour to fetish, from pulp to fantasy, he always paints the most provocative girls in their most suggestive behaviors.  He exclusively works with old fashion techniques as acrylics, watercolors, pencils and occasionally in oils. 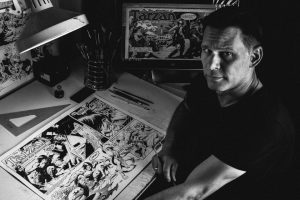 Tom Grindberg started off his artistic career at the young age of 18 years old from the suburbs of Washington DC in Chevy Chase. Tom’s first published work was illustrating political cartoons. Once published, this set his wheels in motion as well his desire to pursue the field of art and publishing. As luck would would have it, it wasn’t too long before he landed his first freelance work for both Marvel and DC Comics back in 1981. While during this time he also started working in advertising, working with some of the industries best illustrators and graphic artists.

Tom has also gone on to illustrate for Newsday a long Island newspaper (which won him an award from Associated Press in graphics journalism). Tom has also done an extensive amount of behind the scene work illustrating character design and licensing for both Marvel and DC Comics to his independent publishers to computer game designs to commercial interior designing for leading manufacturing companies and even motion film work which he has credit in too. The list still grows today along side with his ten year old daughter Katie which both he and his wife Mari are raising in the sprawling New York City area of Brooklyn.

Currently, Tom is working for EDGAR RICE BURROUGHS and recently was awarded best Conan artist by the Robert E . Howard foundation as best artist for single illustration for depicting his most popular character. Tom is now working again with veteran and world renown writer Roy Thomas on another ERB classic… Thuvia Maid of Mars…! 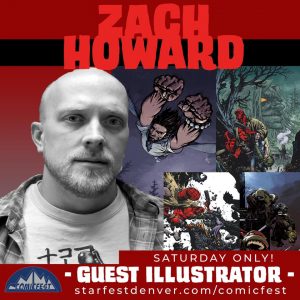 He  has been nominated for an Eisner award, multiple Indie awards and received an Amazon Book of the Month selection for Wild Blue Yonder. In addition to his professional work, he is passionate about supporting young artists and has dedicated much of his time to helping nurture the next generation of creators

Current Projects:  HELLBOY: The Return of Effie Kolb, the sequel to Hellboy: The Crooked Man, with the great Mike Mignola. Issue #1 released in February 2020.

Sadly Jeff Pittarelli had to cancel

Ideally a submission that might have appeared in Heavy Metal or Metal Hurlant Magazine. We highly encourage all of you to be as creative as you want to be.  Further guidelines are below.

Every piece of artwork must contain: ComicFest 2020 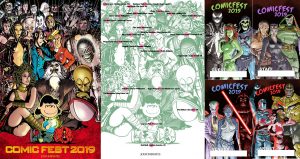 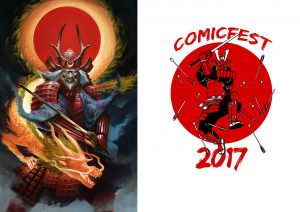 Comic Book Vendors and Merchandise Only
If most of your merchandise is non-comic book related, please apply on the StarFest Dealer’s Room Page

Questions about the StarFest Dealers room please email KathE Walker at kathestarfest@gmail.com or 720-261-0570

Comic Artists and items featuring the artist’s original art Only
If most of your merchandise is non-comic book related, please apply on the StarFest Dealer’s Room Page

The determination of allowed items for sale will be at the discretion of Rio, our ComicFest Director.

Would you like to be a part of the ComicFest team?

Please click on the button below and we will contact you about exciting opportunities to help with ComicFest. Giving of your time to help others does have its perks and we’d like to have you join our family. Volunteers receive general admission to all regular StarFest/ComicFest activities, use of the Con Suite, a convention t-shirt,  and The Dead Dog Staff After Party.

Volunteers are required to donate (because WORK just doesn’t sound like fun) at least 15 hours of time during the weekend. You have the option to pay ~$20 food fee (which stocks the con suite with food and soda for you to enjoy Friday evening – Sunday evening).