We will have a featured cosplayer who will be available -- at his table or wandering the halls or at their panels -- for answering all of your cosplay questions. 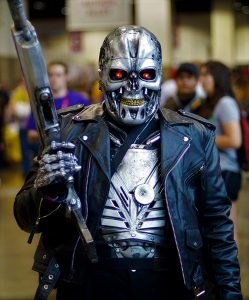 r costuming started in 2004 with involvement with the charitable work of the 501st Legion, which launched several Star Wars based costumes that allowed for several awards for his charity work within the Colorado area that included expanded universe costumes requested at Star Wars Celebration. This interest evolved to include passion costume projects that required techniques in latex, leather, and electronics that took his costuming into the promotional arena. Kurt’s martial arts experience as a world champion has influenced many of his projects as he is requested to embody characters with these skills for appearances and live demonstrations, which included the only martial arts-based Batman characters featured in the 2020 DC Comics Fandome. 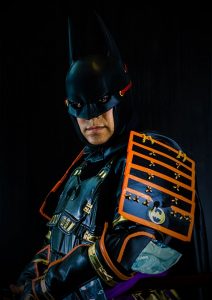 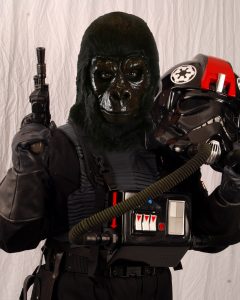 Take your costuming passion to the next level with community involvement, charitable events and even professionally. Learn the techniques of portfolio usage, online presentations, and marketing techniques from 15-year cosplayer and former award-winning Art Director, Kurt Weinreich Jr. of NinjaSith Creatives.

Our costume contest takes place on Saturday night in the Main Events room. Prizes are awarded in several categories. If you are interested in participating, sign up at Costume Contest Registration on Friday and Saturday. It’s a lot of fun and exciting, too! Imagine appearing on the same stage as our Hollywood Stars! Online registration — see the link after the rules here. You MUST sign up before the contest in order to participate. We cannot take any walk-on entrants.