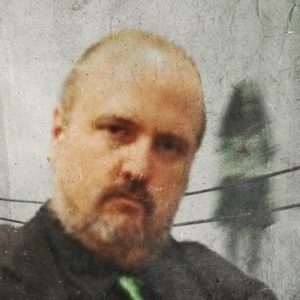 For over two decades Bryan has examined a wide range of reported paranormal phenomena, including ghosts, poltergeists, psychics, UFOs, conspiracy theories, urban legends, and much more.

Unlike others in the field, Bryan has made sure not to run around cemeteries, screaming and scaring the group with over‐active imaginations. From the field to the lab, he tests bizarre beliefs and practices, conducts experiments and on‐site investigations, and recreates unusual events. He has confronted hauntings, Ouija board activity, levitation, psychic readings, alien abductions, and telephones that try to talk to the dead.

With extensive experience and training; using a collection of equipment and the most important tool, critical thinking, Bryan utilizes stage magic, mentalism and science to seek the evidence to solve the mysteries, and close the cases.

His work has earned the respect of believers and skeptics alike; and earned the fear of fraudsters and charlatans. In some hilarious encounters, he outwits the con‐artists. He is an expert at exposing houses, pranks and scams, and creating some to prove a point.

Being honest has won him many nemeses, but Bryan has truth on his side.

Bryan is a founding member of the Rocky Mountain Paranormal Research Society, a group that has served the general public nationwide. On a daily basis, their professional team is contacted by real people who are frightened by weird and sometimes terrifying occurrences that happen in their businesses and homes. It is their mission to help these people, and to educate the public. This is achieved through humor, creativity and compassion.

Bryan is also the co-host of the Do You Like Scary Movies and They Did It podcasts.