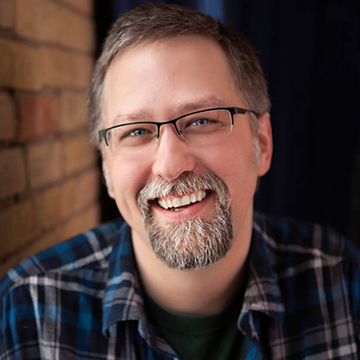 Christopher R. Mihm is the writer, director, and producer of the films of the Mihmiverse, a series of award-winning, loosely interlinked feature-length films which pay homage to 1950s-era drive-in cinema.

Mr. Mihm's filmmaking career began in 2006 with the release of his first retro-styled film, The Monster of Phantom Lake. Made on a nearly non-existent budget, the film went on to garner much critical acclaim, appear in numerous film festivals, win multiple awards and, to this day, continues to screen across the world.

Since his first film, Mr. Mihm has released one new as-authentic-as-possible 1950s-style feature a year, many of which have received numerous accolades, nominations, and awards. Attack of the Moon Zombies raked in the most 2011 Dead Letter Awards at mailorderzombie.com. House of Ghosts beat out several big budget films to win the coveted Rondo Hatton Classic Horror Award for Best Independent Feature in 2012. Mr. Mihm's ode to the big bug films of the 1950s, The Giant Spider, won the Forrest J. Ackerman Film Award at the Famous Monsters of Filmland Film Festival and the Best Action/Horror Feature award at the Highway 61 Film Festival.

Christopher R. Mihm has been featured in many publications, both online and off, including SCI-FI Magazine, Screem, Famous Monsters of Filmland and Scary Monsters Magazine. Mr. Mihm was the recipient of the first-ever Roger & Julie Corman Intrepid Filmmaker award at the ninth annual Fargo Fantastic Film Festival, won the Best Director award from mailorderzombie.com and received the key to the city of Forest Lake, MN, where July 30th was officially declared Christopher R. Mihm Day.

Christopher will be at StarFest as part of our HorrorFest programming this year. He is planning to be available to talk to his fans all weekend long.